Posted by Ayotunde Omolayole on September 16, 2019 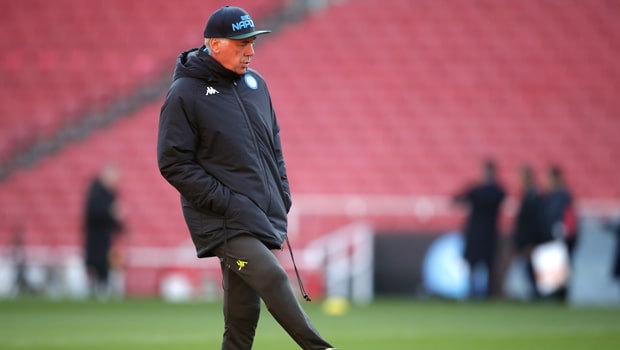 It was a sweet homecoming for SSC Napoli as they recorded their second win of the season with a solid 2-0 Victory over UC Sampdoria.

The match was played at the Stadio San Paolo on Saturday, 14th of September. This was the second win of the season for the Neapolitans who bounced back from last week’s heartbreaking loss to Juventus FC.

Playing in front of their home fans, the blues started on the front foot, but it was the visitors who created early chances and would have scored if not for the heroics of Napoli goalkeeper Alex Meret who kept them in the game with some sharp saves.

Belgian striker Dries Mertens put the home side ahead in the 13th minute scoring from a close range of a lovely Giorgio Di Lorenzo Cross from the right. Sampdoria almost equalised later on when Argentine Emiliano Rigoni was put through clear on goal, but the alert Napoli goalkeeper Alex saved his shot one on one to maintain his side’s lead as the first half ended.

Napoli started the second half looking for more goals and introduced new signing – Spaniard Fernando Llorente Midway into the second half. It didn’t take long for the debutante to make an impact. He combined with Napoli striker Dries Mertens who scored a one-time shot from the Spaniard’s pass to double his goals for the match and increase his Tally for the season to 4.

The Genoa side kept on trying, but Coach Eusebio di Francesco’s players couldn’t find that elusive goal, and they slumped to their third loss of the season. This defeat leaves Sampdoria rooted to the bottom of the table with zero points from three matches conceding a total of 9 goals so far. Coach Eusebio will be hoping he can turn The Fortunes of his side in their upcoming fixtures if he’s to avoid becoming the first managerial casualty of the season.

The home side, with this win moves up to fourth place in the league table. Napoli coach Carlo Ancelotti would be especially pleased to have kept a clean sheet and will be hoping his team can push on and challenge for the Scudetto title this season.

SSC Napoli are fancied at 5.50 to clinch the Serie A title, while favourites, Juventus are priced at 1.45.