Lazio attempt to close the game on opponents Atalanta

Posted by Ayotunde Omolayole on October 19, 2019 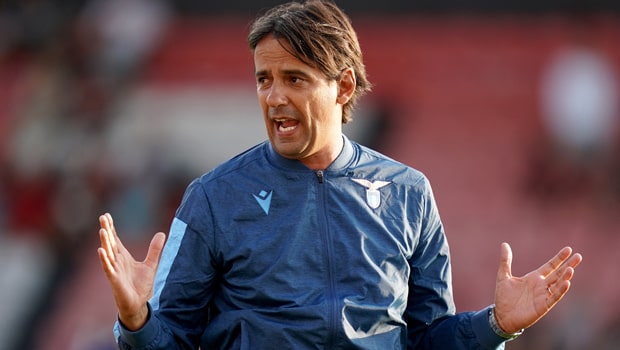 After a bountiful international week for Italian Football, it’s back to local rivalries as the Serie A resumes this weekend. First up, is the Saturday afternoon kick-off between 6th placed SS Lazio who play host to Atalanta BC.

Lazio have been steady so far this season, gathering 11 points from 7 matches. The Biancocelesti have been especially strong at home this season, winning three and drawing one so far in this campaign.

Serie A league top goal scorer Ciro Immobile has been in electric form for the home side, netting an impressive seven goals in as many games. Head Coach Simone Inzaghi will be hoping for more of that from the Italian international as Lazio look to close the gap on Atalanta. Lazio will be missing the midfield duo of Brazilian Lucas Pezzini Levia and Montenegrin Adam Marusic, who are out of the match due to suspension.

As for Gli Orobici, this will be the second time in the last couple of weeks that they will be visiting Rome the Italian Capital. The last time that the visitors came to the Stadio Olimpico, they ran out 2-0 winners over hosts AS Roma. Atalanta Head Coach Gian Piero Gasperini will be looking for a repeat performance from his side who are seeking their fourth straight win in the league. The away side, who has impressed so far this league season, will be hoping to continue to defy expectations and prove that last season’s performance was no fluke.

Gasperini’s side, who are currently third on the league table with 16 points, will have to do without striker Duvan Zapata, who suffered a tear in his abductor’s muscle while on international duty for Colombia. This comes as a huge blow for the Bergamo based side who will most likely be without their top goal scorer for about a month. A potential win for the visitors could push them up to second place on the table, putting pressure on FC Internazionale Milano, who play later on Sunday Morning.

We will wait to see if Lazio can record another home win when the game starts at 2 PM. on Saturday, October 19th, 2019.

Lazio are priced at 2.25 to defeat Atalanta, while Atalanta are available at 3.11