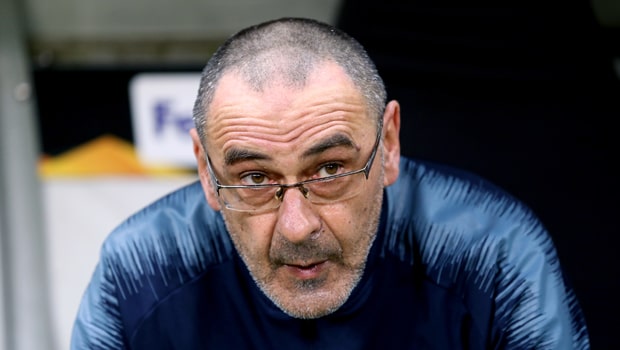 Maurizio Sarri has left Chelsea to take over as Juventus head coach on a three-year deal, the Stamford Bridge club have confirmed.

Sarri leaves west London after just one season at the helm, ending months of speculation over his future.

Chelsea says their boss made it clear following last month’s Europa League final win over Arsenal in Baku that his preference was to return to his homeland this summer.

The 60-year-old arrived from Napoli 12 months ago on a three-year contract and he guided the Londoners to a third-place finish in the Premier League and claimed the first trophy of his managerial career in the Europa League.

He held a fragile relationship with the Chelsea supporters, however, amid a flurry of domestic losses and an apparent reluctance to give chances to exciting young players.

He will replace the outgoing Massimiliano Allegri at the Serie A champions Juventus, who agreed to pay Chelsea a £5million compensation package for Sarri.

“In talks we had following the Europa League final, Maurizio made it clear how strongly he desired to return to his native country, explaining that his reasons for wanting to return to work in Italy were significant,” said Chelsea director Marina Granovskaia.

“He also believed it important to be nearer his family, and for the well-being of his elderly parents he felt he needed to live closer to them at this point.”

Sarri’s departure could pave the way for Chelsea to appoint club icon Frank Lampard as their next manager, with the Derby County boss heavily linked with the post despite having only 12 months under his belt in the dugout.

Chelsea are 21.00 to win the Premier League title next season and 1.95 to finish in the top four.