Posted by OLADIPUPO MOJEED on September 27, 2021 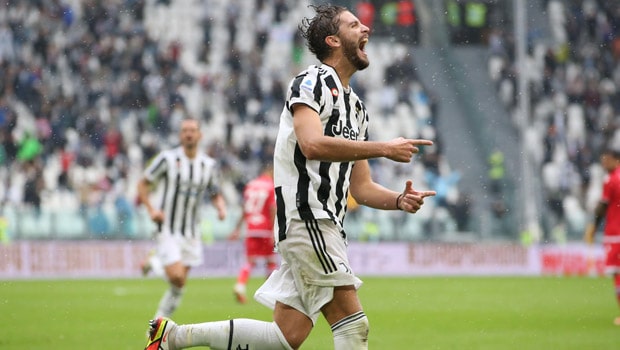 Former Serie A champion, Juventus has won two games in a row for the first time this season after beating Sampdoria 3-2 at the Allianz Stadium. While new signing Manuel Locatelli got on the scoresheet.

Juventus had started the season on a poor note, not recording a single win in their first four games.

ith this, Juventus have won their first Serie A home win of the season. They had won away from home at Spezia in the last round match, which was a comeback win for them.

Paulo Dybala open the goals account after he got to the end of a rebound from Manuel Locatelli’s strike. The former Sassuolo midfielder laid off the rebound for Argentine to smash into the near bottom corner from the edge of the box.

As they were getting into top gear, Federico Chiesa drilled a shot inch wide and Alvaro Morata fired straight at on-rushing Emil Audero.

Unfortunately, Dybala pulled up clutching his leg and limped off in tears. His replacement Dejan Kulusevski failed to convert a chance after nodding a Juan Cuadrado cross wide.

Since Dybala’s exit, the enthusiasm was out of Juve.

The host eventually doubled their lead just before half-time. In the 41st minute, Nicolo Muru handled Chiesa’s strike, and Leonardo Bonucci made no mistake from the penalty spot. The experienced defender hit the ball low and hard into the near bottom corner.

After Juve scored the second, the visitors reduced the deficit within 90 seconds.  A Fabio Quagliarella snapshot was parried by Perrin and on the resulting corner. Maya Yoshida scored with a glancing header from Candreva whipped a wonderful cross.

This further extends Juventus record of lack of clean sheets in their last 20 games.

Locatelli later scored to restore the two goals lead for The Bianconeri. The 23-year-old midfielder scored the third goal after a nice pass by Kulusevski. Sampdoria managed to pull one back through Candreva’s strike, but they were not able go equalize.

Juventus eventually end on for their second win of the day from that bike.

In other Serie A games, Inter Milan ad Atalanta played out a 2-2 draw, and Paolo Maldini scored in AC Milan’s 2-1 win over Spezia. Lazio defeated Roma 3-2, while Napoli won Cagiliari 2-0.