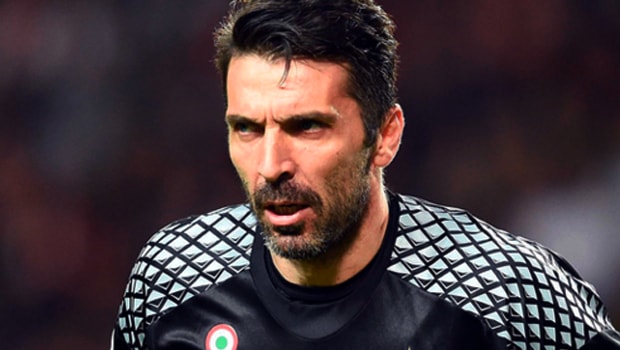 Monaco were beaten 2-0 by Juventus in the first leg of their Champions League semi-final clash on Wednesday, and the Ligue 1 leaders’ coach Leonardo Jardim believes Gianluigi Buffon was the difference between the two sides.

Monaco failed to score for the first time since December but they had their chances in front of their own fans on Wednesday, but they found Buffon in inspired form in the Juventus goal.

Gonzalo Higuain scored twice as Juve secured a 2-0 victory at the Stade Louis II and the Italian champions are now well placed to reach the final ahead of the reverse fixture in Turin.

Despite Higuain’s scoring exploits, Jardim feels Juve had keeper Buffon to thank for their two goal advantage and he says Monaco will have to be more clinical when they head to Italy.

Jardim insists Monaco can still qualify for the final but he is well aware they need to find a way past Buffon if they are to continue their Champions League adventure.

“Juventus started well, but after 10 to 15 minutes, we evened up things. We had a little bit more possession, some crosses and play in the final 30 metres,” Jardim said.

“But I think being clinical made the difference. From three situations, Juventus scored two goals, and we scored none from our three. There were some good saves from Gianlugi Buffon.

“Our lack of a cutting edge was in large part due to his work in goal: He pulled off two or three incredible saves … I spoke to the players, I told them that we need to believe.

And the best thing to do to continue to believe, even if we have just a five percent chance of qualifying for the final, would be to win at Nancy in the league on Saturday.

“Winning there would give us the chance of playing the second game in Turin with high motivation. I want to say to everyone that they must support the team on Saturday.”

Monaco are now 41.00 to win the Champions League outright after their first leg defeat.

The Ligue 1 pacesetters are 1.53 to bounce back with a win domestically on Saturday when they head to Nancy, and Jardim’s side can be backed at 4.20 with a -2 handicap.