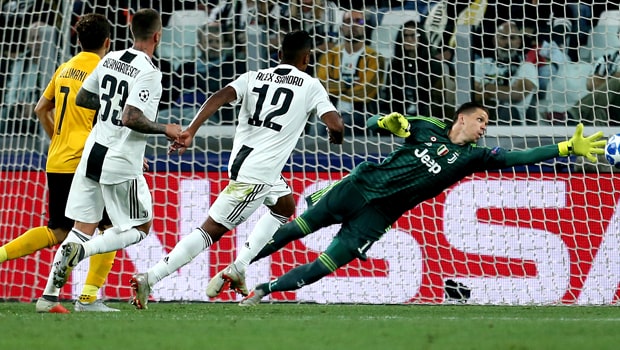 Juventus goalkeeper Wojciech Szczesny has warned his team-mates to expect a physical battle when they go up against Manchester United.

The Italian champions saw their perfect start to the Serie A season ended on Saturday as Genoa claimed a 1-1 draw in Turin.

Juve had won 10 on the bounce across all competitions and they will be desperate to get back on track when they head to Old Trafford.

They go up against a United side still trying to find their feet and with just one win in their last six outings in all competitions.

The Red Devils were left disappointed on Saturday after a 96th minute Ross Barkley goal meant they had to settle for a 2-2 draw at Chelsea.

Szczesny expects United to be “angry” and feels Juventus must be prepared for the physical side of the game.

“Even Manchester United will be angry, having conceded a goal in the 96th minute.

It will be a great Champions League night, United are strong, and like us they will also try to win.

“It will be a tough and physical match, because this is how Man Utd play.”

Tuesday’s clash will see former United star Cristiano Ronaldo return to the Theatre of Dreams and Szczesny has hailed his importance.

“We all know how important things he has done there, but he is now a Juventus player and we are also really appreciating what he is doing here.”

Juventus are priced at 2.38 to claim an away victory, while United can be backed at 3.10 to take all three points, and the draw is available at 3.30.