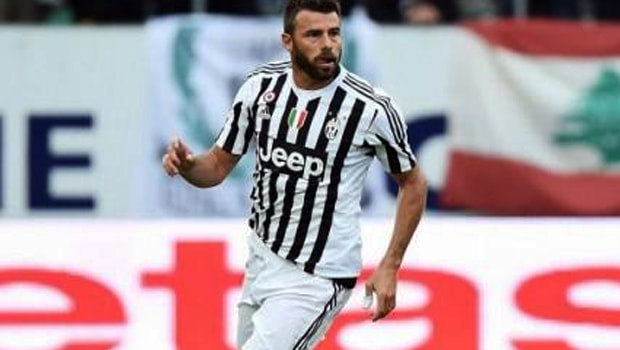 Juventus defender Andrea Barzagli admits his side must improve at the back if they are to land a seventh successive Serie A title.

Juve are currently third in the table, three points behind leaders Napoli, and head into Saturday’s trip to AC Milan seeking a third consecutive Serie A victory.

The Bianconeri have scored 10 goals in their last two games but have been unable to keep a clean sheet in any of their previous five outings, and Barzagli believes they cannot rely on their prolific attack alone if they are to secure the Scudetto.

“I don’t think we can keep going with the mentality of saying, at least we’ll score anyway.

When you start facing important opponents, such as our [2-1] defeat to Lazio, you’ll see it’s not so easy to score three or four goals,” he told Sky Sport Italia.

“We are playing against Milan in their own stadium and know full well that Milan-Juve is a fixture where winning means something more than just three points.

“We’ve got to battle and put in a good technical performance, so if we combine the two, we can do well.

It requires great concentration, because Milan will be very fired up to prove they don’t belong in their current position.”