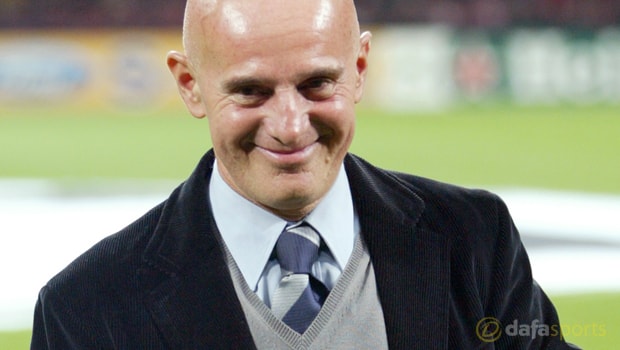 The Bianconeri have dominated Serie A in recent years and have again added well this summer, with Mattia De Sciglio, Douglas Costa and Federico Bernardeschi all arriving in Turin.

However, despite their apparent improvements, others have also added well and it promises to be an extremely intriguing season.

Despite not being directly involved in the game, Sacchi remains a revered character in Italy following his excellent spell in charge of Milan, which included a Serie A title and two European Cups.

He also managed the Azzurri to the final of the 1994 World Cup against Brazil and as an avid tactician, admits he has plenty of time for Napoli boss Maurizio Sarri’s attacking approach.

The Partenopei are 6.00 to top the standings, with Milan 7.00 and Roma 10.00 but it is Juve who are the massive 1.67 favourites to win an incredible seventh straight title.

Sacchi’s opinion clearly reflects the odds and he admits he can only see one outcome if all goes to plan.

The veteran coach believes the Turin club’s pedigree makes them the massive favourites and has tipped Massimiliano Allegri’s men to dominate again.

“Juventus will win the Scudetto again, because they have the advantage of having a superior character,” Sacchi predicted in an interview with Corriere dello Sport.

“In fact, I’ll correct myself: Juve can only lose it.

“Juve have mental strength, which is linked to their individual quality and a club among the top five in the world, that’s worth an extra few points right from the get-go.”