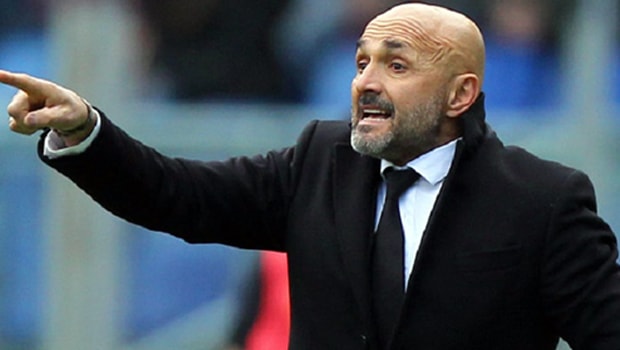 Inter Milan boss Luciano Spalletti says he is pleased with the players available to him but he still wants to add to his squad this summer.

The 58-year-old recently took over at the Giuseppe Meazza following 18 months at Roma and will get a first look at his squad when pre-season gets underway on Friday.

Only back-up goalkeeper Daniele Padelli has been signed so far as a free agent from Torino, but a deal for Sampdoria defender Milan Skriniar is thought to be on the cards.

Other big names have been mentioned and twin sporting directors Walter Sabatini and Piero Ausilio are working hard behind the scenes to strengthen.

Having traditionally been one of European football’s powerhouses, the Nerazzurri have struggled ever since winning the 2010 Champions League and only finished seventh in Italy last term.

Owner Erick Thohir is keen to restore the club’s reputation, though, and Spalletti is seen as the right man to guide them back to glory.

Having had time to think about his players over the last few weeks, Spalletti is confident he can get the most out of those available to him, although he still expects more quality to arrive.

“The feelings are the same as when we started talking about this new opportunity,” he told Sportitalia.

“We’re more motivated now because we’re part of this new reality. We’re dealing with a good squad and we have to try to improve it.

“Ausilio and Sabatini? We have two of the best executives around.”