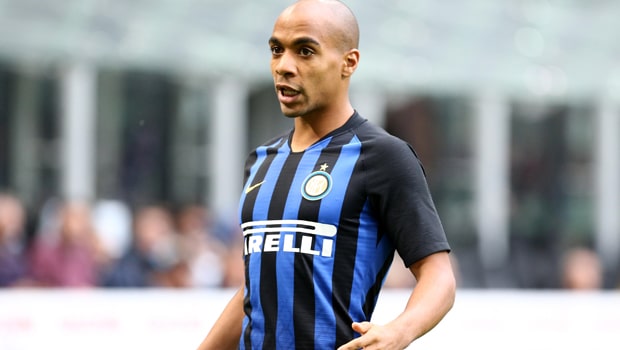 This is following the reports that the Portuguese is set to join Benfica. The development is following an agreement reached by both parties to end their relationship in a mutual way.

The 28-year-old had moved to the San Siro club from Sporting CP in August 2016. But he was sent out on loan to his former club in Portugal, helping them win the Portuguese League. He also had stints abroad with West Ham in England and Lokomotiv Moscow.

Having impressed the Primeira Liga champions, reports say that they are looking for a permanent deal with the former Portugal international. However, Joao Mario might have decided to move to rivals Benfica this month.

The development means that Jao Mario terminated his contract with the Serie A giant a year earlier. This now makes him a free agent and can therefore sign with Benfica as a free agent.

Still in the San Siro, Arsenal right-back Hector Bellerin is pushing for a move to the Scudetto winners.

Although both the Serie A giants and Arsenal haven’t reached an agreement yet on their prized asset, Bellerin had been linked with moves to several top clubs, with PSG being the latest.

After the departure of Achraf Hakimi, he becomes one of Inter’s targets to the Moroccan, who joined PSG in a €71m deal.

According to Sky Sport Italia, Bellerin has told the Arsenal board that he wants to join the Nerazzurri in the summer. Thus, both clubs will need to reach an agreement.

Arsenal will be looking to get some funds on the Spaniard. He could be loaned out with an option to buy that can become an obligation to buy if certain targets are met.

In a few days, the likely agreement between both clubs over the 28-year-old will be known.