Salah yet to agree on new Liverpool deal 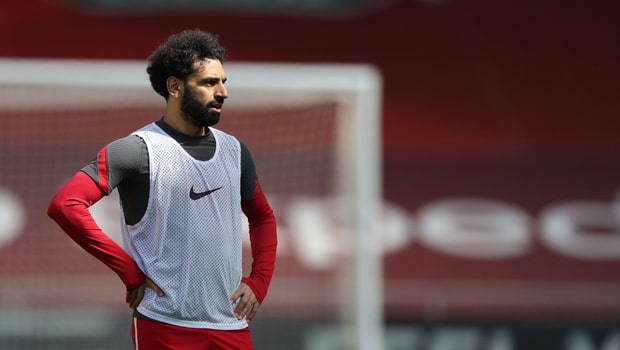 Egyptian forward Mohammed Salah is yet to agree to a new Liverpool deal as the former Chelsea and Roma forward move closer to the end of his current deal with the Reds which runs to the summer of 2023.

Salah moved to the Anfield Stadium in 2017 in a deal worth £36.9 million which was a club-record deal for Liverpool back then.

The Egyptian has gone on to make 203 appearances scoring 125 goals and making 47 assists for the club but he had revealed in May that the club hasn’t approached as regards a new contract extension.

However, discussions between both sides have now started according to journalist Fabrizio Romano who has now become an expert in the transfer market although he stated that the discussion is not in an advanced stage yet.

Meanwhile, Liverpool youngster Owen Beck has signed a new long-term contract with the club side while Welsh forward Harry Wilson is on the radar and target of newly-promoted club side Brentford with the Bees ready to pay £10m for the player.

Furthermore, another youngster Harvey Elliott has signed a new contract with the club side penning a 5-year deal with the Reds.

Elliott played the whole of last season with Blackburn in the Championship playing 42 games with seven goals and was also nominated for the EFL’s Young Player of the Season award.

The forward has nine appearances in total for Liverpool’s main team since joining Liverpool in 2019. He explained his feelings to the club’s website after signing the new deal.

“There’s always going to be those butterflies whenever you put on the shirt, whenever you go out to train and play, Whenever you’re involved in the club there’s always that feeling,” Elliot said in an interview with the club’s website.