Hakimi wants Inter Milan to prove they are champions against Juve 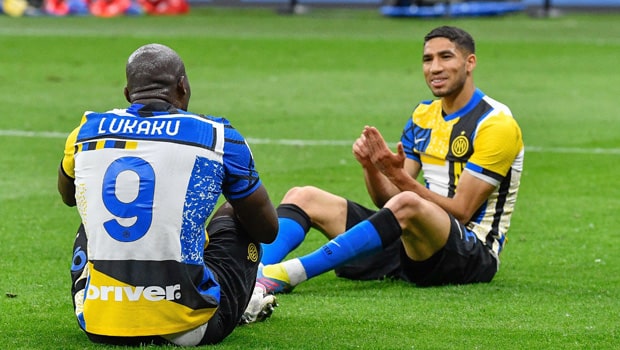 Inter Milan defender, Achraf Hakimi, spoke ahead of the weekend meeting against Juventus, saying the Nerazzurri are keen to prove that winning this season’s Serie A was not a fluke or by luck.

The Nerazzurri became champions of Italy a few days ago, winning their first Scudetto after a decade, ending Juventus’s nine-year monopoly.

While noting that the Nerazzurri are the Italian champions, the Moroccan said the squad is ready to prove it with a win over Juventus for the fans that have been restricted from the stands due to the COVID-19 pandemic.

After securing the title with a 2-0 win over relegated Crotone, the Beneamata, who are not feeling complacent, have beaten Sampdoria and Roma in their last two games.

Hakimi, who created an assist in the 3-1 win over Roma at the Giuseppe Meazza, is in a good mood and wants the club to continue with the excellent form.

Speaking with Inter TV, the defender said the team is happy for the win over the Gialorossi, calling or continuity.

Juventus will be welcoming the newly crowned champions at the Allianz Stadium. This is the match Hakimi wants the team to give the fans something extra to cheer about.

While stating that they must recover from the Roma game, Hakimi said work continues today ahead of the next match, adding that it will be important for the fans who want to win it.

Juventus is currently out of the top four. They must win their remaining two games to have any chance of making the top four as Napoli, Atalanta and AC Milan, who are occupying the remaining Champions League spot, recorded wins in their week 36 fixtures.

Therefore Cristiano Ronaldo, who scored his 100th goal for the Old Lady against Sassuolo on Wednesday, must up the game again to secure a significant win for them.

However, their fate is in the hands of other teams above them, hoping that one of them loses at least a game.