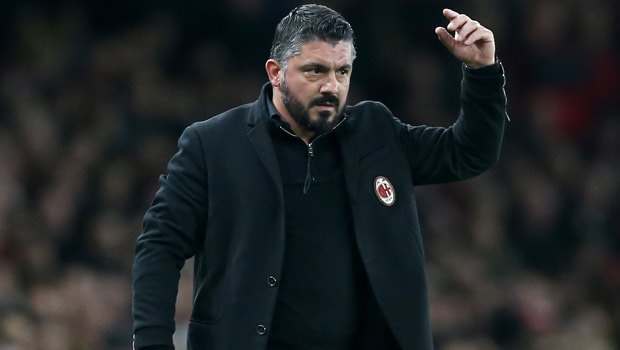 AC Milan manager Gennaro Gattuso says the longer the transfer window goes on, the more uncertain he and the players become about their futures at the club.

Gattuso is currently deep in pre-season with Milan as the new Serie A campaign draws closer although reports continue to link former Chelsea boss Antonio Conte with the top job at the San Siro.

The 40-year-old has only been in charge of the Rossoneri since November last year but did manage to lead his side to sixth place in Serie A, a high enough position to secure qualification for the Europa League group stage.

It was also claimed on Tuesday that the club had agreed to sign Gonzalo Higuain on a season-long loan from Juventus with the option to make the move permanent at the end of the deal.

With all the transfer talk about players coming in and out, Gattuso suggested he is looking forward to the window closing so everyone can start concentrating again.

“The boys are always on their phones,” he said at a press conference.

“They go on the internet, they read everything and they speak to the owners. That’s how it was during my time as well. Until the transfer window is shut, people will always talk and that brings a bit of a bad mood.

“Calmness should give you the desire to work and professionalism.” Milan are 21.00 to win Serie A this coming season, with rivals Inter priced at 9.50.