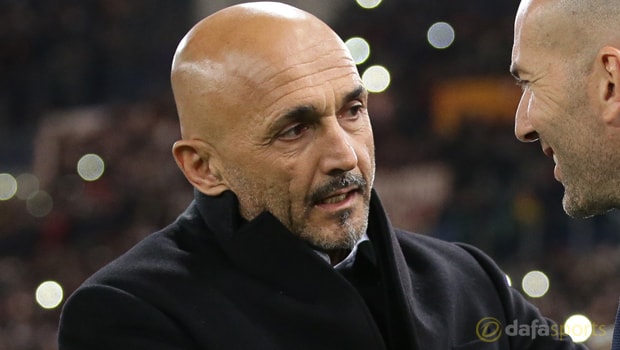 Former Inter Milan star Ronaldo admits Luciano Spalletti could have his work cut out at the club.

The Italian recently joined from Roma and following a barren few years, has been charged with the task of bringing the glory days back to the Giuseppe Meazza.

Inter’s Chinese owners are likely to splash the cash this summer in a bid to try and win some silverware and it will then be down to Spalletti to decide who stays and who goes.

The Nerazzurri have experienced a huge turnover in coaches in recent years but Ronaldo believes they have finally got the right man for the job.

Spalletti has proved himself to be a canny operator over his two spells with Roma and during his time in Russia with Zenit St Petersburg, and has already suggested that he will build the squad around his preferred 4-2-3-1 formation.

Inter famously broke the world transfer record to sign Ronaldo in 1997 and he went on to net 59 goals in 99 appearances.

He has now backed the coach to get things right at the club, although he admits he is not jealous of his task.

“I’d only be talking out of affection so I can’t be sure,” he told Gazzetta dello Sport.

“What I can say is that with Spalletti they’ve not only taken a football strategist, but also a good manager of a group.

“I don’t envy him though, he’ll have to find a way to get the team firing in a hurry, because Inter have been waiting for everything for years: their fans and also Europe.”