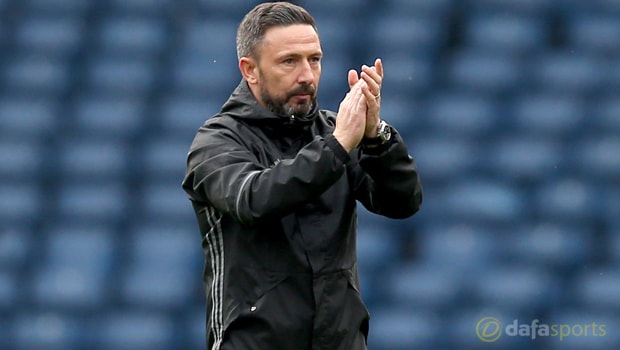 Derek McInnes has revealed why he decided to snub the Sunderland job in favour of staying at Aberdeen.

The Scot was the hot favourite to land the role at the Stadium of Light but after speaking to the hierarchy, decided against switching Aberdeenshire for Wearside.

Sunderland are still in the market for a new boss, with Robbie Stockdale set to lead the early stages of pre-season when the players return on Thursday.

With owner Ellis Short keen to sell the club, it appears finding Davies Moyes’ successor could prove to be a complicated task, with potential candidates understandably sceptical as to whether or not they would be part of the setup if a sale is reached.

McInnes admits he thought long and hard about heading south of the border, but says it would have been too much of a wrench to leave Pittodrie.

“I thought long and hard about it,” he said. “There’s been other opportunities in my time here when I’ve been asked if there was any interest and I’ve quickly moved away from it.

“Sunderland was a club I was keen to speak to and once permission was granted it was something I wanted to follow up, just to make a more balanced call on it.

“I think naturally there’s a lot to be enticed by the opportunity, so many positives with it, it’s a fantastic club, but having taken everything into consideration and taking my time with the whole process, I decided to stay.”

The Black Cats are currently 15.00 to win the Championship, with Middlesbrough and Aston Villa leading the way at 8.50.