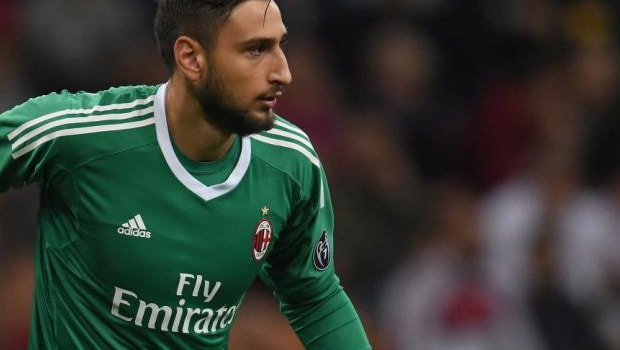 AC Milan have backed young goalkeeper Gianluigi Donnarumma after he was reduced to tears by abuse from supporters before kick-off on Wednesday in the Coppa Italia.

The highly-rated 18-year-old signed a new contract in July to stay with the Milanese giants until 2021, but reports have suggested the Italy stopper wants his renewal cancelled because he was put under “psychological pressure” to commit.

Angry fans unfurled a banner during the 3-0 win over Verona on Wednesday, saying they had “lost patience”, while the club’s sporting director Massimiliano Mirabelli said officials want to protect Donnarumma and there is “someone who is damaging our image”.

Donnarumma, who has played more than 80 times in Serie A and won four caps for Italy, moved to deny reports he was put under pressure to commit to I Rossoneri.

“It was a bad evening, one I did not expect,” Donnarumma wrote on Instagram.

“I have never said or written that I suffered moral violence when I signed the contract.

“Despite everything I look forward with my head focused on the next game. Forza Milan!” Mirabelli hinted external influences are affecting Donnarumma, a reported target for big-spenders Paris Saint-Germain, but insisted he remains the club’s “asset” and they have no intention of letting him go.

He told reporters: “Gigio has never said he wants to leave. There’s someone who is trying to organise something deliberately, but we will look out for Milan’s interests in every arena.

“Gigio is very young. It’s not entirely his fault. We’ll always protect him, he’s our asset. We know where the evil comes from, we hope to solve this issue over the next few months.”

Gennaro Gattuso’s men travel to take on Verona on Sunday in Serie A and are quoted 1.60 in the match betting. The draw outcome is currently priced 4.33 and the home win is available to back at 5.25.