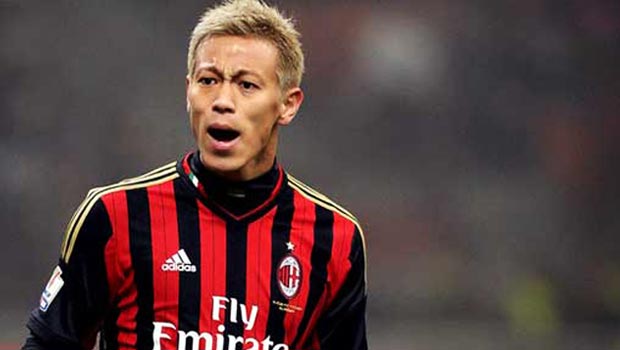 Keisuke Honda insists Milan must bounce back immediately and beat Sampdoria when the two sides meet in Serie A on Saturday evening.

The Rossoneri have struggled in recent weeks after a promising start to life under new coach Filippo Inzaghi and they were beaten 2-0 by newly-promoted Palermo at the San Siro on Sunday.

The result left the 18-time Italian champions down in seventh spot in the standings, with 16 points from 10 games played and a nine-point gap to bridge to league leaders Juventus.

After a few seasons in the doldrums and unsuccessful managerial appointments, it was thought the hiring of a club legend might be the spark they needed to return to former glories.

But only four league wins this term proves there is still much work to do before the Italian giants are back challenging for a place in the Champions League.

Waiting for them at the weekend will be a Sampdoria side (2.68) who are in the rarefied atmosphere of fourth in the table, having lost only once all season.

Blucerchiati coach Sinisa Mihajlovic has instilled a belief in his charges that they can compete with the best and has got most things right tactically so far this term.

It will certainly be no easy match for Milan (2.60) at Stadio Luigi Ferraris, but Honda has gone as far as suggesting that anything other than a maximum return from Genoa will be unacceptable.

“I think we have to win on Saturday against Sampdoria,” he said. “We have to show what we’re made of; I think we can do it.

“We’ve started a new project under Inzaghi, I really like this team and I think we can do it.”