Posted by Fred McKinley on September 2, 2015 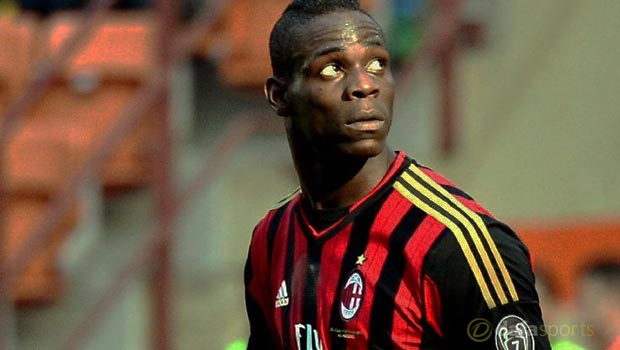 Mario Balotelli has changed radically since his return from Liverpool according Milan CEO Adriano Galliani.

The 25-year-old forward admitted he cannot afford to make any more mistakes as he completed a season-long loan deal to return to the San Siro last week and Galliani says the player now realises there will be no more second chances if he fails again.

Balotelli endured a torrid season at Anfield after joining Brendan Rodgers’ side from Milan last August.

He took a pay-cut in order to return to the San Siro after managing just one Premier League goal for Liverpool last season.

Throughout his career, the eccentric Italian has never been far from making headlines for all the wrong reasons but Galliani says there are already signs that he has changed his ways.

“He has an extraordinary attitude, he’s changed radically,” Galliani said. “He’s the first to arrive at (the training centre) and the last to leave.

“Coach Sinisa Mihajlovic often wants the players to have breakfast at 8.30am and he’s always there before 8am.”

According to Galliani, the Italy international has realised this could be a final opportunity to make the most of the sublime talents that he possesses.

“He’s probably realised that this is his last chance and I’m sure he won’t waste it. His technical ability has never been in question,” he added.

“If he continues with the approach he’s had in this first week then he’ll be fine.”

Balotelli was an unused substitute as Milan earned their first Serie A win of the season at the weekend, overcoming Empoli 2-1 on home soil.

Mihajlovic and his players face Inter next on September 13 and they are 3.25 to halt their city rivals’ perfect start to the season with a win. Inter are 2.25 with the draw 3.10.