AC Milan: Duo in frame for the job 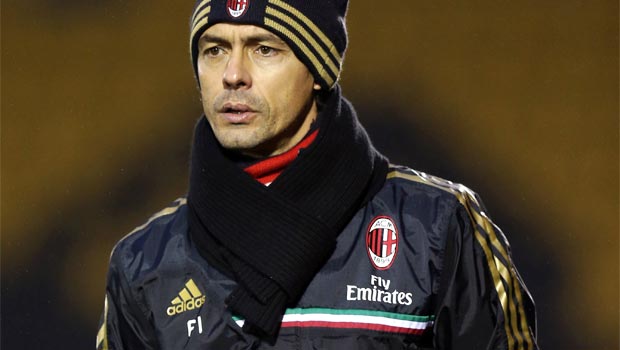 Filippo Inzaghi and Clarence Seedorf are among the frontrunners for the AC Milan job after Massimiliano Allegri was sacked on Monday.

Allegri has been under heavy pressure following a poor season at the San Siro, which has left them way off the pace in the race for the Serie A title.

Milan sit in 11th place, a massive 30 points behind league leaders Juventus, and just six ahead of Bologna, who occupy the final relegation spot.

Allegri was due to leave at the end of the season but the powers that be have decided to oust him way ahead of schedule following Sunday’s 4-3 loss against fellow strugglers Sassuolo.

“AC Milan announce they have dismissed as coach of the first team, with immediate effect, Mr Massimiliano Allegri and his staff,” read a Milan statement.

“AC Milan would like to thank Mr Allegri and his staff for the work done and their best professional achievements.”

Allegri had a fine record with Milan up until this season, after winning the title in 2011 and following that up with second and third place finishes.

Former Milan striker Inzaghi, who is currently in charge of the under-19 side, is now in the frame to take charge but there is also strong support for another former Milan man, Seedorf.

The Dutchman is still playing in Brazil but would no doubt jump at the chance to take charge at the San Siro.