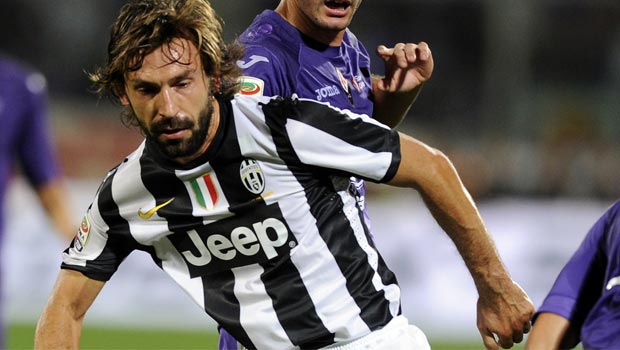 Serie A league leaders Juventus are now 14 points clear at the top of the Serie A table after beating Fiorentina 1-0 on Sunday.

That narrow victory by the current champions was a 14th consecutive home win, and one that saw them equal the record set by Torino in 1975/76.

The visitors lined up having won on just one of their last 21 visits to Turin, and despite claiming a 4-2 success over Juventus at home in October, and riding high in the table themselves, few expected them to complete the double.

However, Antonio Conte’s side struggled to make a breakthrough despite fully controlling the first half, and it was only on 42 minutes that the deadlock was broken thanks to Kwadwo Asamoah, with just his second Serie A goal of the campaign.

The Ghanaian international cut in from the left before unleashing a powerful shot high into the net with his right foot, something of a rarity in itself.

Asamoah was delighted with his strike:

“The boss often tells me, ‘Try cutting inside’,” he said. “I’m giving it a go all the time at the moment and today it went well.

“I’ve never scored a right-footed goal before, let alone one as good as that.”

In the second half Fiorentina really gave it a go and were unlucky not to equalise. Modibo Diakite had the ball in the net on 48 minutes but was ruled offside, while Mario Gomez missed a sitter 10 minutes later.

The visitors also hit the bar with a header from Brazilian substitute Ryder with less than 15 minutes to go, but Juve held on to equal the record.

They now have 72 points from 27 games, and it would take a massive collapse for them not to retain the title.