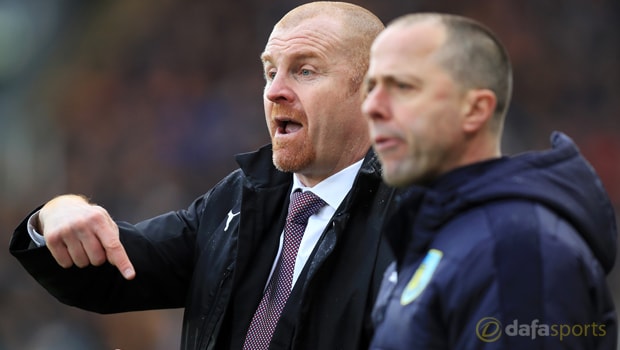 Burnley manager Sean Dyche believes Saturday’s 1-1 draw against Hull City is another sign his side are continuing to learn in the top flight.

The Clarets are yet to win away from home this season but they produced another solid display at the KCOM Stadium.

Dyche’s side fell behind when Michael Keane was adjudged to have handled the ball in the penalty box, with Hull’s Tom Huddlestone converting from the spot.

However, Burnley responded just minutes later as Keane controlled the ball well from a corner before drilling home to cancel out his earlier error.

After the match, Dyche was quick to praise his troops even though their wait for an away win goes on.

He told reporters: “It was a deserved point, definitely. [We had] some good moments, particularly in the attacking phase.

We weren’t clinical enough to be fair. The detail in the moments that we created.

“Lots of good positives from our performance today against a side – it’s been well documented lately – they’re on a good run, change of manager has given a little boost to the team and I thought we dampened their performance down and kept them to minimal chances.

“We created enough today to at least get a point, if not a win.”

Dyche’s men face three consecutive away games in the next few weeks with trips to Swansea, Liverpool and Sunderland all to come and the former Watford boss is expecting them to end their wait for a win.