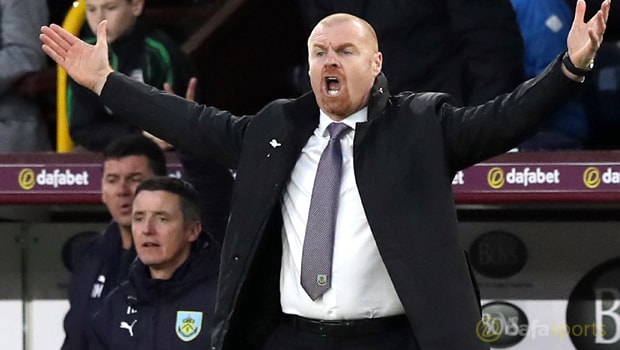 Sean Dyche was delighted with the attitude of his players and the impact of his subs as Burnley recorded their fifth home win of the season against Bournemouth on Saturday.

Republic of Ireland internationals Jeff Hendrick and Stephen Ward put the home side two-up early on but Bournemouth rallied and got a goal back on the stroke of half-time from Benik Afobe.

George Boyd restored the two-goal cushion on 75 minutes and it was needed as Charlie Daniels scored for the Cherries in stoppage time leaving Burnley hanging on.

Dyche’s side have now taken 16 of their 17 Premier League points at Turf Moor this season and the manager was pleased with what his players delivered.

“I am very pleased. We are still learning as a side and we can definitely play better but the mentality was brilliant from my players,” he told BBC Sport.

“We had a bright start and threatened their back line which I think we did brilliantly.”

With Bournemouth pressing hard for a leveller in the second half, Dyche summoned Andre Gray and Ashley Barnes from the bench 10 minutes after the break while James Tarkowski also came on late in the game and the Burnley boss was full of praise for his subs.

He also acknowledged just how tough it is to hold on for victory in the top flight. “I am super pleased with my subs – I don’t usually say something like that but they came on and changed the game and I thought they were outstanding,” Dyche added.

“It’s hard to kill teams off in the Premier League. The challenge is evident but there is clarity to the thoughts of the players and we will take that into the next matches.

All we can do is work hard with the aim to get a result.” Burnley are on their travels next, facing West Ham at the London Stadium on Wednesday. They are 5.25 to win that game, with West Ham 1.62 and the draw 3.80.