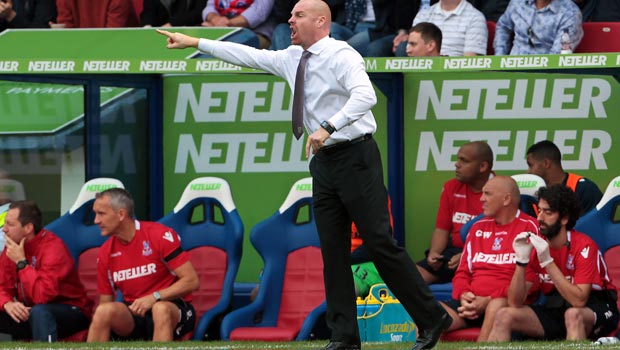 Burnley boss Sean Dyche says his side need to accept that they are going to be written off in the Premier League and must be ready to prove their doubters wrong.

Dyche produced something of a masterstroke last term as he guided the Clarets to second in the Championship to secure their place in the top flight on a limited budget.

However the famously honest 43-year-old has never hidden away from the realities that face his team due to their lack of resources, a situation that is reflected in the betting with his side currently 1.50 favourites to be relegated.

They have made a spirited start though, most notably drawing against Manchester United and should really have secured their first win at Crystal Palace on Saturday where Scott Arfield missed a penalty in a stalemate.

Saturday gives them another golden chance to claim their first victory though, when they host fellow strugglers Sunderland with them currently priced at 2.51 to take the points, while the draw is on offer at 3.08 and the Black Cats at 2.88.

Despite his side’s status, Dyche remains bullish about their survival hopes and says they are not afraid of the challenge.

“We’re among the sides that have been considered big underdogs in this division over the years and we know that but we also know that we worked under this mindset last season when people wrote us off,” he told Sky Sports News HQ.

“I don’t think it’s anything to be scared of, I just tell the truth – we know where we are as a group, it brings freedom but we have our own expectations and we don’t think we’re underdogs.

“It’s a stern challenge for me and my players as well because it’s arguably the best league in the world but we think we’re applying ourselves in the correct fashion and we just want to get that first win.”