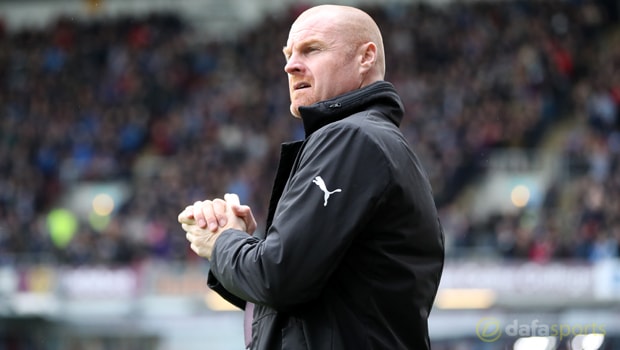 Sean Dyche insists Burnley remain in “good shape” to survive despite their recent slump towards the relegation places.

Having failed to win away from home all season, they have also worryingly started to struggle at Turf Moor but will be looking to right those wrongs when Stoke visit on Tuesday.

Dyche has earned rave reviews throughout the season but the pressure now appears on him to arrest his side’s current slump and secure their place in the top flight for next term.

The 45-year-old is known for keeping his cool though and has appealed for calm after what he admits has been a difficult run of fixtures.

With eight games to go, the Lancashire side are 11.00 to go down and the boss has now backed his players to battle their way to safety.

“We knew it was a tough run, we’re not delusional, we understand the nature of the division, but we’re in good shape, and we look forward to the next game, which comes quickly,” said Dyche.

“It’s such a tough division, there’s no gimmies, ‘oh well, it’s alright now’, we know that.

“We’re focused on the fact we have another important game coming up, we’ll get through that and make sense of it again, and move onto the next one.

“That’s our focus. It’s been like that ever since I’ve been at the club, we can only take one step at a time, and that’s what we intend to do.”