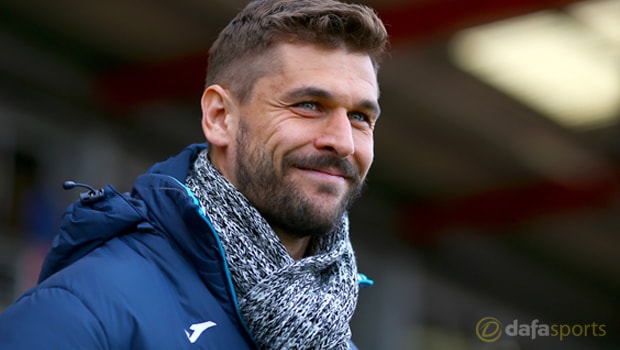 Paul Clement admits having Fernando Llorente fit and firing will be crucial to his Swansea side’s chances of survival.

The Spaniard was absent on Sunday as the Welsh club toiled to a 0-0 draw against fellow strugglers Middlesbrough, creating a number of chances but failing to find the required finish.

Llorente joined from Sevilla in the summer and after a slow start as he adapted to the pace of Premier League football, the 32-year-old has come into his own in recent months.

His 11 goals mark him out as the club’s top scorer and Clement will be hoping he has recovered from his ankle injury in time to face Tottenham on Wednesday.

January arrival Jordan Ayew took the 32-year-old’s place in the starting line-up on Sunday but failed to convert the service provided to him by the likes of Luciano Narsingh and Gylfi Sigurdsson.

Swansea currently sit 17th in the table, just a single point clear of 18th place Hull and will have gone into the game against Boro confident of claiming what could have proved a crucial victory.

Clement admits his side, who are 3.00 to be relegated, were hampered by not having the former Juventus and Athletic Bilbao man available and believes keeping him fit will be crucial to their survival hopes.

“We do miss Llorente as he’s a big focal point for us,” he said.

“That’s not to say (fellow striker) Jordan Ayew didn’t play well, and he gives us a different dynamic.

But when you’re crossing a lot of balls into the box, Llorente’s a miss.”