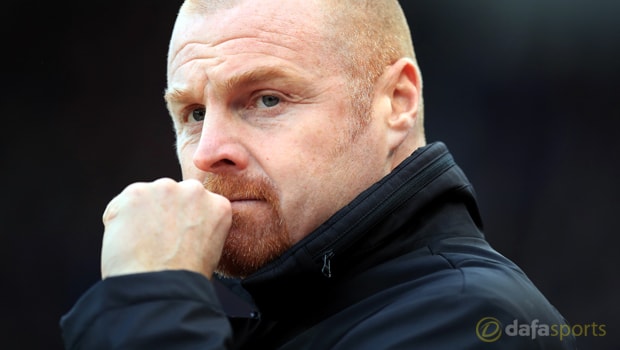 Burnley boss Sean Dyche insists his side cannot compete with the financial clout of most Premier League clubs, insisting even Saturday’s opponents Bournemouth operate at a higher level.

The Clarets made an instant return to the top flight by winning the Championship title last season, and they twice broke their transfer record during the summer, paying £7.5million for Steven Defour before splashing out £10.5million on Jeff Hendrick.

Despite flexing their relative financial muscle during pre-season, Dyche insists his side are still not able to compete financially with most teams in the division, including Bournemouth, who bought Jordan Ibe from Liverpool for £15million during the summer.

“Money is a big challenge for us,” Dyche told reporters. “We’ve put some into it, but it’s a different club, we haven’t got their backer who seemingly keeps writing the cheques.

They’ve spent a lot over the last two seasons. That can’t be held against them, it’s just a fact. It’s who you buy and what level of the market.”

Dyche insists he is happy to work under Burnley’s financial restrictions, and he tries not to worry too much about what other clubs are spending.

He added: “We are what we are and we don’t really overthink what everyone else is doing.”

Burnley will fancy their chances of securing a victory over the Cherries at Turf Moor on Saturday, as they have collected 13 of their 14 points so far this season on home soil.