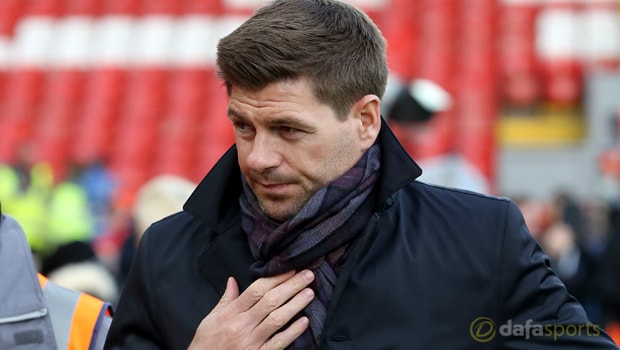 Rangers would be taking a huge gamble if they appoint former Liverpool midfielder Steven Gerrard as their next manager, according to former Ibrox midfielder Lee McCulloch.

Gerrard, 37, is on a shortlist to take over from Graeme Murty, who was placed in charge until the end of the season.

Former Ibrox skipper McCulloch feels the Light Blues would be taking a major risk in appointing the ex-England international, given his relative managerial inexperience.

“Yes, Gerrard is an under-18s coach, a phenomenally talented player for club and country, and won the Champions League and UEFA Cup,” McCulloch said.

“But in management terms, he is very inexperienced. It is a big gamble.”

Murty was put in charge until the end of the season after a spell as interim boss following the sacking of Pedro Caixinha in October.

Following a heavy defeat to arch-rival Celtic in the Scottish Cup semi-final this month, the former youth team coach has been deemed unlikely to get the position long term.

McCulloch isn’t the only figure to question a potential appointment of Gerrard. Former Hearts boss Robbie Neilson also believes the possibility of Rangers hiring Gerrard would be a risk for both parties.

“For Rangers it is a gamble getting a young guy in who has not got a lot of experience of managing men,” Neilson told BBC Sport.

“But also from Steven Gerrard’s perspective, there are probably two things he has to find out first: What are the expectations at Rangers? If the expectations are to go straight in and win the league, then it is going to be very difficult.

“And what is the budget going to be? If the expectations are to win the league, then the budget has to match that.

“It is a huge gamble for both parties, and it is whether it is worth the risk.”

Rangers are 5.50 to beat rivals Celtic on Sunday. The Hoops are 1.60 for the Parkhead showdown while the draw is 4.00.