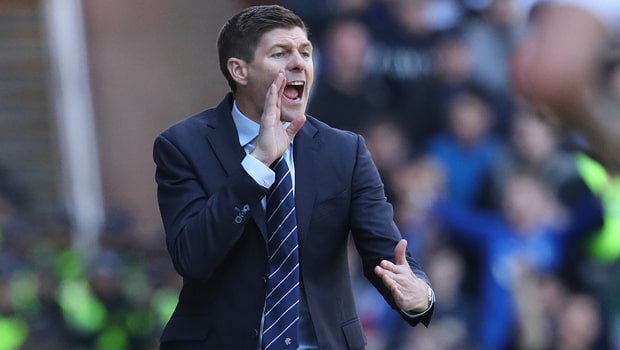 Rangers manager Steven Gerrard believes increased squad depth could be the key to improving on last season for the Light Blues.

Gerrard steered the Ibrox side to second spot in the Scottish Premiership last term, finishing nine points adrift of city rivals Celtic, who ended up as champions for the eighth year in a row. The former England captain twice engineered wins over the Bhoys in derby games and will feel his side made solid progress during his opening 12 months at the helm.

Rangers beat St Joseph’s 4-0 in the first leg of their Europa League first-round qualifier in Gibraltar on Tuesday, with four new recruits playing. Sheyi Ojo and Jordan Jones started the game, with Joe Aribo and Greg Stewart appearing from the bench and all four making their competitive debuts.

Gerrard confirmed Rangers are closing in on a permanent deal for a defender, who would become their eighth summer signing, and he feels having more quality on the bench will be vital in the months ahead.

“Last season, we didn’t have that level of quality to bring on,” Gerrard said after the win in Gibraltar. “The reason we’ve gone into the transfer market quite sharp and quick is to add that quality and you see the level of player we’re bringing off the bench.

“[Joe] Aribo was fantastic when he comes on, Alfredo [Morelos] gets his goal and Greg [Stewart] shows his quality as well, so all positive.” Rangers did not make their breakthrough until the 50th minute against the minnows, with Gerrard sensing the test will stand his players in good stead.

“I thought we showed fantastic patience and eventually we took one of our chances,” he added to Rangers TV. “We’re going to face this a lot this season, where teams are going to sit in and make it difficult for us. It is important that we show patience.”

Rangers are 3.20 to claim the Scottish Premiership this season, with Celtic 1.33 to make it nine consecutive titles.