Gers can ‘forget about the title’ says fuming Gerrard 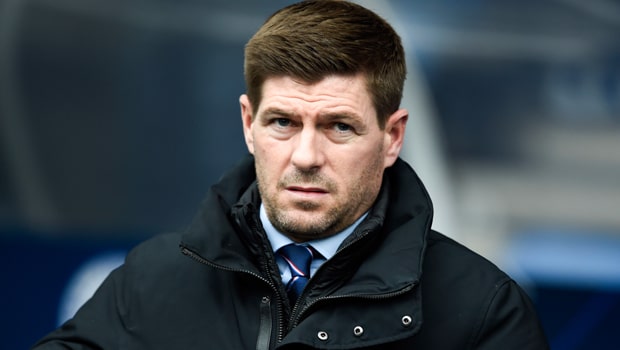 Steven Gerrard has told his Rangers players they can ‘forget titles and forget closing gaps’ on Scottish Premiership champions Celtic after their latest stutter.

The Light Blues were held scoreless by St Johnstone at Ibrox on Saturday afternoon, thus missing the chance to close to within three points of Brendan Rodgers’ side.

Celtic took advantage when they won 1-0 against Kilmarnock on Sunday and the Bhoys now lead the way by eight points from their Glasgow rivals. Gerrard says the performance against St Johnstone simply ‘wasn’t acceptable’ from his Rangers team.

“I believe we picked a team with the quality to beat St Johnstone if we play at an acceptable level. But it wasn’t acceptable,” he suggested.

“Right now forget titles and forget closing gaps, the reality is to perform like that across the board in front of 50,000 [fans], well there’s your evidence.

“You don’t need me to say this, that or the other.” Rangers were without suspended top scorer Alfredo Morelos as they drew a frustrating blank and Gerrard had sympathy for January signing Jermain Defoe as he attempted to plug that goalscoring gap on a very lean service.

“I felt for Jermain (Defoe). Balls were coming in to him in the air, his chest, they are bobbling in. There was no service. I never saw a slide pass, a decent cross, a decent combination. Anything I’d seen in previous days,” he added.

Rangers had a late penalty appeal turned down when the ball appeared to hit David Wotherspoon’s hand but the Englishman wasn’t willing to use that as an excuse.

“We can’t be relying on decisions, we need to be better as a team and perform so we aren’t always talking about officials,” Gerrard added.

“We need to look at ourselves and admit it wasn’t good enough.” Rangers 1.25 to bounce back by beating struggling Hamilton Accies at New Douglas Park on Sunday.