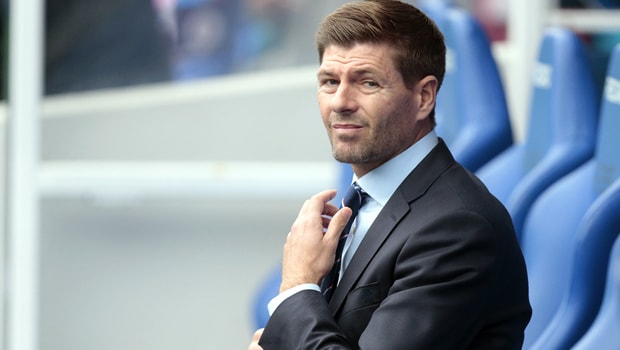 Steven Gerrard has given Rangers a ‘new lease of life’ according to Scotland boss Alex McLeish.

The former Liverpool captain Gerrard is unbeaten in his first seven competitive games since arriving in the summer with assistant Gary McAllister at Ibrox.

Rangers are on course to reach the group stages of the Europa League and have taken four points from six in a bright start to the Scottish Premiership season.

A draw away at Aberdeen, achieved with ten men for the majority of the contest, was backed up with a 2-0 home success against St Mirren on Sunday.

McLeish, himself a former Rangers boss, sees a lot of positives in what Gerrard has done so far.

“Steven Gerrard has come in and given Rangers a new lease of life,” McLeish told BBC Sport.

“If you compare it to last season then you have to say it’s immense strides Rangers have taken under Steven.

“Gary McAllister is a very close friend and these guys have the belief, knowledge and gravitas to be at a club like Rangers.

“I think they inspire other players. Players that maybe didn’t do quite so well will now probably play to a level higher than they thought they were capable of.

“That’s the type of experience that Steven Gerrard and Gary McAllister bring to Rangers.”

McLeish says he can also understand why Celtic boss Brendan Rodgers has a desire to bring in more quality signings at Parkhead before the summer transfer window closes in Scotland.

“Brendan sets high standards so you can understand where he is coming from,” McLeish added.

“In terms of sympathising, it’s just part of the challenge.”

Celtic are 1.15 to win the Scottish Premiership this season, while Rangers are 6.00 to halt their bid for eight in a row.