Leigh Griffiths eager to link up with Odsonne Edouard 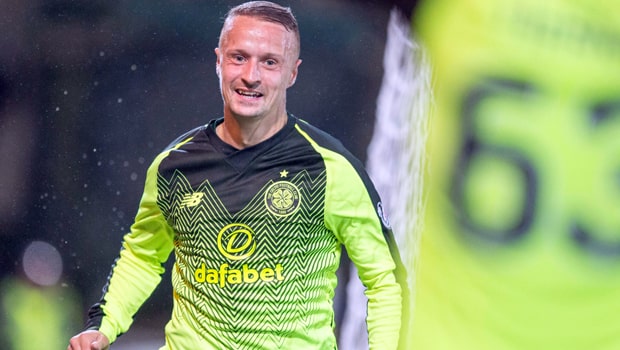 Celtic striker Leigh Griffiths has admitted he would love to partner Odsonne Edouard on a regular basis as the Hoops try to find their form after a poor start to the Scottish Premiership.

Brendan Rodgers’ side are sixth in the table after some poor results so far this season. Defeats to Hearts and Kilmarnock and a draw with St Mirren has halted their progress. They are now six points behind Hearts but some fans are confident they can soon catch up over the winter period.

Edouard has been given the nod in the league so far, but Rodgers used the Frenchman and Griffiths up front against St Johnstone in the Betfred Cup on Wednesday. They combined well and the former Wolves man grabbed the winner and the Scotland international is adamant he and Edouard can deliver the goods.

He told the Scotsman: “Hopefully, that’s a partnership going forward. You see the big man’s qualities [Edouard]. He can make space, he gets the ball and drives at folk and he’s a big threat. “As a striker, you are always going to be under the cosh, especially if you are not scoring.

But the big man works tirelessly in games and in training. He’s a big, big talent and people have seen what he can produce. Folk have to remember he is only 20 years old. But he has all the talent in the world.

“As a striker, you want to be selfish, you want to play, you want to score goals, but it’s entirely up to the manager who he selects and what formation he wants to go with. If myself and Odsonne can fit into that team, that’s great.

If not, one of us will be chomping at the bit to get into the side.” Celtic are next in action on Saturday against Aberdeen and Griffiths is 6.00 to score two or more with Dafabet’s price boosts.