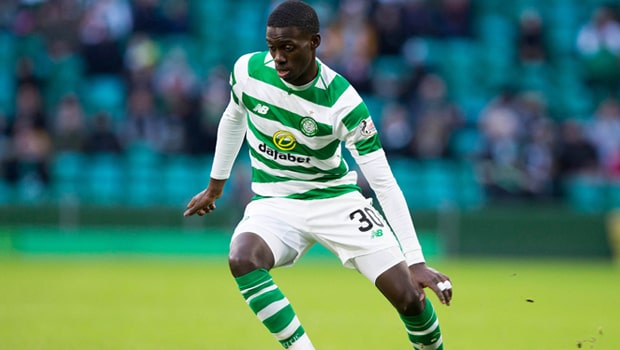 Celtic loanee Timothy Weah has revealed he would consider extending his stay with the club beyond the end of the season.

The United States international joined the Bhoys on a six-month loan deal from Paris Saint-Germain during the January transfer window and, although yet to establish himself as a first-team regular, he has developed a strong relationship with the club’s supporters.

Weah, who has scored four times across all competitions since his arrival at Parkhead, has now confirmed that remaining on loan at Celtic is an option for next season, although, even if he does move on, the club will remain close to his heart.

“Given I’ve been at Celtic for these past few months, Celtic will forever be in my heart now,” Weah told the Celtic View.

“I love the fans here and no matter what the future holds for me, I want everyone involved with the club to know I love it here and I’m always going to watch Celtic.”

The 19-year-old, who has also played six times for PSG’s first team, is yet to decide what the future holds next season, with a return to Paris or a loan move elsewhere potentially being on the cards.

“In terms of the immediate future, Celtic is still an option that we have,” the teenager added.

“It’s up to us as a family and it’s also my decision to tell them where I’m most comfortable and what we think is best for my future.”

Weah will be hoping for another chance to impress in Celtic colours when Neil Lennon’s side take on Aberdeen in the semi-finals of the Scottish Cup on Sunday.