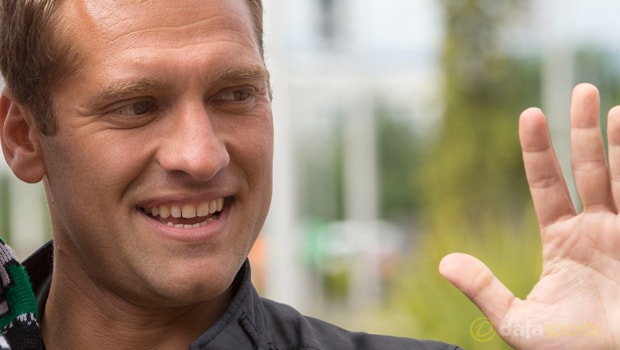 Stiliyan Petrov believes Celtic are so far ahead of rivals Rangers that it will allow his former club to complete the domestic treble for the “next three years”.

Scottish football has always been built around the rivalry between Celtic and Rangers, with the Old Firm derbies often being the deciding factor in where the league title will be heading.

However, the Bhoys have undoubtedly been the dominant force for nearly a decade now and just three more points this weekend would secure a seventh straight Premiership trophy.

To make matters even sweeter for Brendan Rodgers and co, they are taking on the Gers at Parkhead on Sunday and winning the title by beating their rivals would be the perfect scenario.

Celtic are also on course to repeat their treble-winning exploits from last year, having already retained the League Cup while recently progressing to the Scottish Cup final.

Petrov, who made 228 appearances for The Hoops from 1999-2006, says the lack of competition from Rangers means his former club can achieve the treble again and again.

“I think Celtic have got a chance to win the treble again next season as well,” he said.

“If Rangers keeps going the same way, they have a chance to do it over the next three years. We predicted it a year ago and they are going to do it strongly.

“I would say that it is sad in one way because, if we see that happen, Scottish football will lose its identity.”