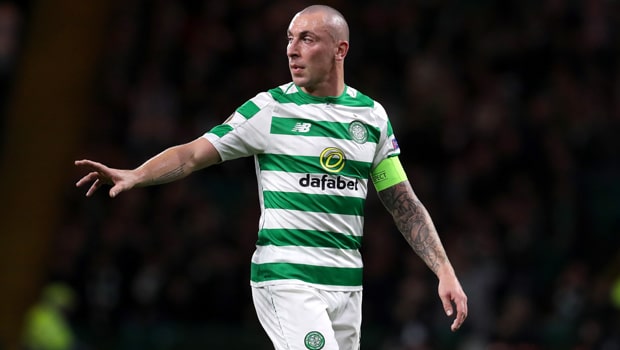 Scott Brown has laughed off suggestions there has been a rift within the Celtic camp and he believes his side have turned a corner following their early-season struggles.

Brendan Rodgers’ side have dominated Scottish football over the last two years, winning back-to-back trebles, but they have struggled to replicate that form at the start of this season and currently sit third in the Scottish Premiership standings after losing to the likes of Hearts and Kilmarnock.

The Bhoys were also dumped out of the Champions League during qualifying by AEK Athens and there has been suggestions in some quarters that divides have been forming within the dressing room.

However, captain Brown has moved to dismiss the claims and insists all is well within the camp.

“I don’t read it (the speculation) so it doesn’t bother me,” Brown was quoted as saying by the Evening Times.

“People can have their own opinion and I think people can say what they want, but they don’t know what happens daily in the dressing room.

“We play with a smile on our faces as we have done under this manager and we’ll continue to do it.”

Celtic have won their last three domestic games, including Sunday’s 6-0 hammering of St Johnstone, and Brown believes recent results show the Hoops are starting to return to top form.

“We’re in the Europa League and we’ve picked up in the league and we will kick on,” Brown added.

“We’ll be flying out the blocks again and I think the last performance shows how committed we all are.”

The Bhoys are just three points off the top of the Scottish Premiership and are priced at 1.22 to win an eighth successive league title this season.