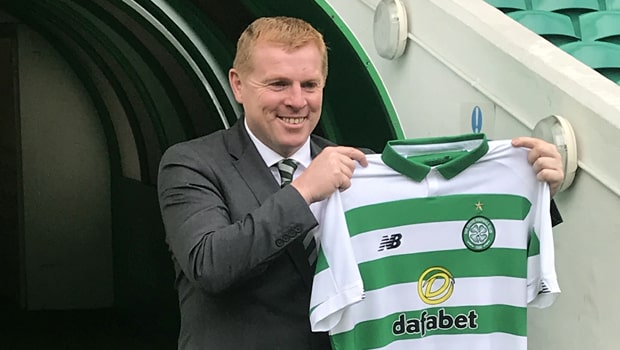 Paul Lambert believes Celtic have got the right man in appointing Neil Lennon as permanent successor to Brendan Rodgers.

Lennon, boss at Parkhead from 2010-2014, was appointed on Friday having taken interim control after Brendan Rodgers left in February.

He steered the Hoops over the line in their Scottish Premiership title bid, securing eight in a row, and added the Scottish Cup with a 2-1 win over Hearts – completing a ‘Treble-Treble’ of domestic clean sweeps.

Lambert played alongside Lennon in the Celtic midfield under Martin O’Neill and he believes his old team-mate can now start to build his own vision again. “I think it is great,” he said.

“I think he has done really well since taking over. To win the two trophies that he did was an excellent achievement.

Now that he has been appointed full-time he can really get into the job, get his feet well and truly under the table.

“He knows the club from before having been both a player and a manager and he appreciates exactly what is required. He is a good guy as well Lenny. Hopefully they can go on and have more success under him.”

Lambert suggests Rangers will be challengers for the title next term, but he feels Lennon and Celtic will stay ahead.

“Rangers won two of the four Glasgow derby matches they played this season and finished second in the Premiership for the first time since they returned to the top flight,” he added.