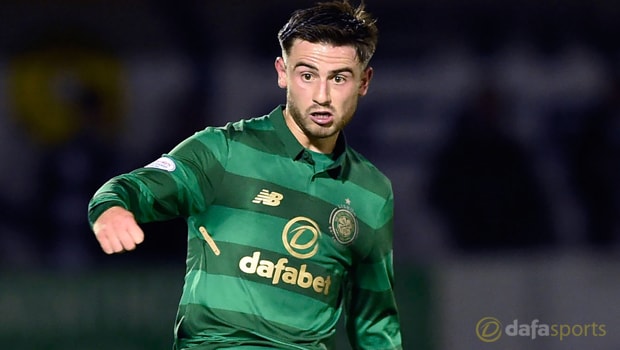 Brendan Rodgers’ side will be looking to extend their unbeaten domestic run to 59 matches when they welcome Neil McCann’s Dundee to Parkhead on Saturday, but the match comes just four days before their crucial European clash with Bayern at Allianz-Arena.

A positive result in Bavaria would significantly increase the Bhoys chances of reaching the knockout stage of Europe’s premier club competition for the first time since 2013, but Roberts insists their only focus for the time being is the visit of Dundee.

“We’re not distracted with the Bayern game, we have a lot of games coming up,” the Manchester City loanee told the club’s official website.

“The start of the season is always mad and there are so many games so we keep our heads down, get on with it and try and get the job done before we think of next week.”

Roberts is also confident Celtic have a strong enough squad to cope with the rigours of both domestic and club football and he insists there is a great camaraderie within the group.

“We have a big squad with top-quality players so we can make changes,” the 20-year-old added.

“It’s good to have that rotation and keep things fresh. It means we can go into each game energetic and positive.

“The morale is good so far and all the lads are getting on well on and off the pitch. It’s all going good, so whatever changes the manager makes will be for the better.”

Celtic are priced at 1.11 to secure all three points from Saturday’s match against Dundee, who are available at 21.00, while the draw is on offer at 9.00.