Olivier Ntcham had no intentions of leaving Celtic 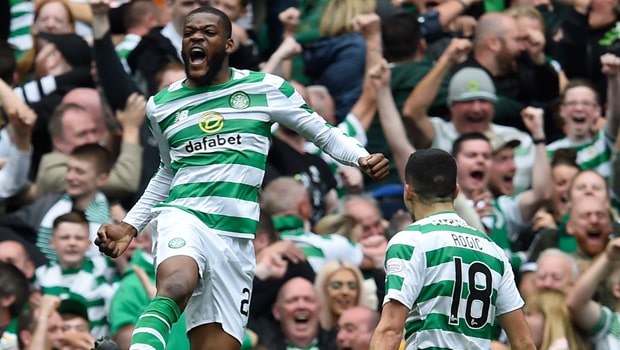 Olivier Ntcham insists he never had any intention of leaving Celtic and is delighted to
have signed a new four-year contract with the club.

The France under-21 international only joined the Bhoys from Manchester City during the summer of 2017 but, after enjoying a successful first season with the club, he was being touted with a big-money move elsewhere.

Indeed, Portuguese giants Porto were tipped with making a £14million bid for Ntcham and the 22-year-old admits he was flattered to be linked with such a big-money transfer, although he never had any intentions of leaving Celtic.

“I was happy when I heard that value. It means that I had been doing great work,” Ntcham told the Scottish Sun.

“I felt as though I had a great season and it was like winning a trophy for me to hear this, so I was pleased with that.”

The former Genoa loanee went on to confirm that he had been in talks with Celtic over signing a new deal since the summer and he is pleased that his long-term future has now been sorted out.

He added: “When the market was closed, we spoke about it (a new contract) — the manager, myself, my agent and the club all talked about it and we decided to have a chat to sign the new deal.

“We had started to speak about this possibility of signing a new contract in the summer when I came back after the break. “Afterwards that took a little bit of time, but in the end it happened, so I’m happy about that.”

Ntcham has helped Celtic to four successive victories over recent weeks, although he did not figure in their Europa League triumph over RB Leipzig on Thursday.

That 2-1 success has reignited Celtic’s hopes of qualifying for the knockout stages and they are priced at 101.00 to go on and claim overall glory in Europe’s secondary competition this season.