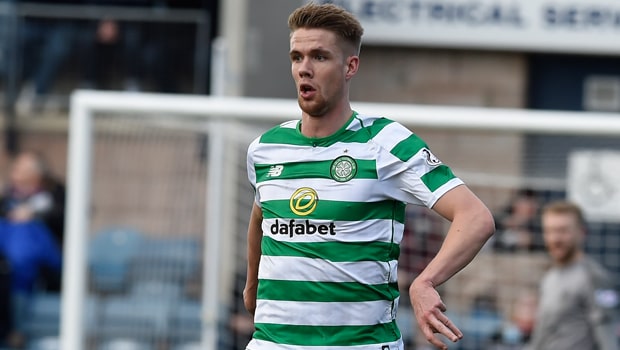 Kristoffer Ajer feels Celtic will benefit from the ongoing international break as it gives a number of their injured players a chance to return to full fitness.

The Bhoys have had to deal with a number of injury issues over recent weeks, but players like Ryan Christie are expected to return after the international break, while Callum McGregor, who has just made his comeback, will benefit from getting minutes under his belt with Scotland.

Celtic have coped well in the absence of some of their stricken stars, as they have won 12 of their 13 domestic matches since the winter break – a run that has helped them open up a 10 point lead at the top of the Scottish Premiership standings.

Central defender Ajer, who is currently away on international duty with Norway, knows the returning players will boost Neil Lennon’s side heading into the business end of the season, although he feels they have coped well in their absence.

“We’ve had some injuries in the team and this is something all teams have to contend with,” Ajer told the Celtic View.

“The team has coped well throughout that time and we’ve continued to get results.

“We have some important players coming back now which is important as we come into the final stretch of the season.”

Celtic remain on course to win an unprecedented triple-treble this season and they can further underline those credentials when they take on Old Firm rivals Rangers at Parkhead in their first game after the international break on March 31.

The Hoops are priced at 1.85 to win that match and extend their lead at the top of the Premiership to 13 points, while Rangers are available at 4.20 and the draw is on offer at 3.60.