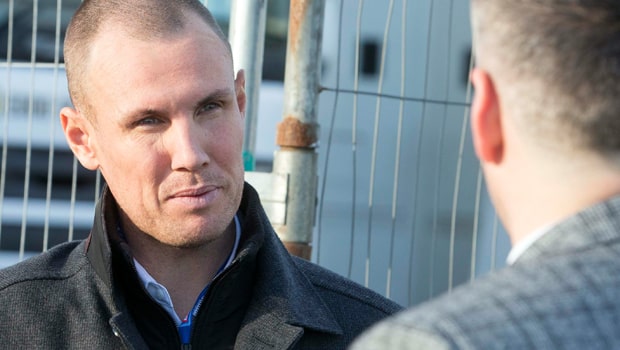 Former Celtic and Rangers striker Kenny Miller has showered praise on Bhoys star Callum McGregor, insisting the midfielder’s name should be down first on the team sheet for both club and country.

McGregor made his Celtic debut in 2014 and he has been a prominent first-team member ever since, making 123 Scottish Premiership appearances and scoring 20 goals.

With the Bhoys suffering numerous injuries this season, the 25-year-old’s versatility has been required and he has played in attacking midfield, out wide, holding midfield and even left-back during the current campaign.

The Scotland international, who has been included in Alex McLeish’s squad for the matches against Albania and Israel this month, has arguably been the reigning Scottish champions’ best player this term.

Dundee striker Miller, who spent time at both Parkhead and Ibrox earlier in his career, has lavished praise on McGregor and believes he is a key figure on both the domestic and international stage.

“I think Callum McGregor needs to be highlighted,” he told BBC Sport Sound.

“He’s just excellent. He always makes the right decisions, but he can still give you something going forward.

He’s really stepped up, I think he should be one of the first names on the team sheet for Celtic and Scotland.”

Celtic – who lead the betting to win the SPL at 1.13 – return to league action on Sunday when they travel to Livingston and the visitors are firm 1.22 favourites to pick up all three points, a draw is priced at 6.50 whilst the hosts are 13.00 outsiders.