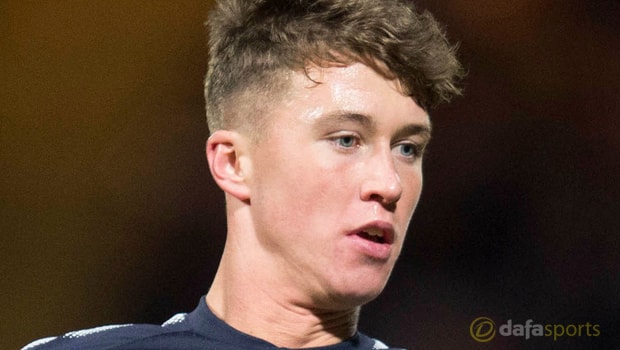 Celtic new-boy Jack Hendry insists he always believed he would return to the club one day after originally leaving as a youngster.

The Glasgow-born centre-back spent the majority of his youth career with the Hoops but never made the grade at Parkhead, instead opting to leave the club at the age of 16.

Hendry went on to join Partick Thistle before enjoying spells with Wigan, Shrewsbury, MK Dons and, most recently Dundee, the club he left to move back to Celtic on deadline day in a deal reportedly worth £1.5million.

The 22-year-old claims he was right to leave Celtic as a teenager to further his development elsewhere but always believed he would return to the club.

“It’s brilliant to be back,” Hendry said. “I know the environment, having been here in amongst it before.

I know the expectations. “When you walk out those doors at 15 or 16, you think to yourself, ‘I’m going to come back here.’ It was a mutual decision leaving, to be fair. Moving on was the best thing for me at the time.

“I learned a lot because I feel moments like that have stood me in good stead and made me a stronger character. I’m definitely better for it. Since leaving I’ve been striving to get to this level.”

Hendry could make his Celtic debut in Saturday’s Scottish Premiership clash with Kilmarnock at Rugby Park.