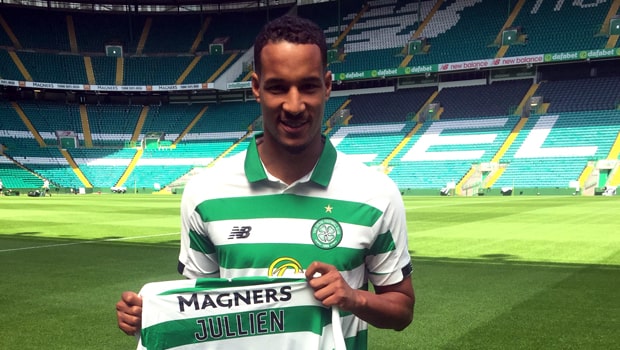 Celtic have confirmed the capture of French defender Christopher Jullien in a deal believed to be worth £7million.

The 26-year-old joins from Toulouse on a four-year deal with the Scottish Premiership champions beating off some interested Spanish and English teams for Jullien, who made more than 100 appearances for the French club and scored eight goals.

He was previously with Auxerre, SC Freiburg and Dijon before joining Toulouse in 2016. Jullien says his “mind was made up” about signing for Celtic after speaking to ex-team-mate Odsonne Edouard, who has been with the Hoops for two seasons.

“I spoke to Odsonne two weeks ago and he came to me first. He said, ‘I hear your name a lot’,” Jullien said.

“We were just chatting and when it started getting serious I asked him a couple of questions and he told me a lot of good things about the club. After that, my mind was made up.”

Newly re-appointed Celtic boss Neil Lennon is understood to have travelled to Paris to tie up the deal for the centre-back. “We are absolutely delighted to bring Christopher to Celtic.

He is a quality player with great attributes and we are very much looking forward to him joining the squad and working with him,” said Lennon.

“We’ve got a squad of great quality already here at the club, who have achieved incredible success over the past few seasons, but it’s always good to add further quality to the group, and that’s what we’ve got with Christopher.

“I know the players will be delighted to welcome him into the squad, and I know he will be keen to play his part in the seasons ahead as we look to deliver further success for our supporters.”

Lennon is plotting Celtic’s ninth domestic league title in a row with the Hoops 1.33 to retain their crown.