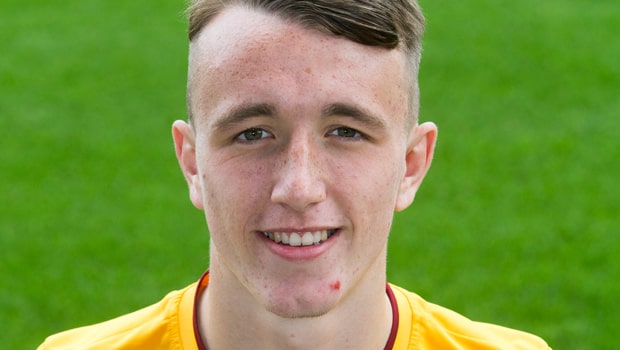 Celtic have warned David Turnbull that they will move on to other transfer targets if he does not agree terms over a move to Parkhead soon.

The Scottish Premiership champions have already agreed a £3million fee with Motherwell over the proposed transfer of Turnbull, who enjoyed a breakthrough season at Fir Park last term, scoring 15 goals in 30 league appearances from midfield.

Indeed, that form earned the 19-year-old the Scottish Football Writers’ Young Player of the Year award and Celtic are keen to make him their first signing of the summer.

The Bhoys have already negotiated what they describe as a ‘fantastic offer’ with Turnbull’s representatives, but they have now confirmed the teenager must make a quick decision otherwise they will move on to other targets.

The club tweeted: “Celtic FC was pleased to agree a record-breaking fee with Motherwell FC for David Turnbull and we have quickly followed this up with a fantastic offer to the player through his agent.

“Currently, we have been unable to come to an agreement with the player’s agent.

“Celtic FC is content that it has made a magnificent offer and it is now up to the agent and player to decide if the player wants to join Celtic. If not, we move on.”

Turnbull, therefore, looks set to make a big decision one way or another over the next few days, although he is not short of admirers from elsewhere, with reports suggesting Championship club Sheffield Wednesday are showing a strong interest.

Celtic are priced at 1.33 to win the Scottish Premiership title for a record-equalling ninth consecutive year and they are hoping Turnbull will be the first of many new arrivals at the club over the summer.