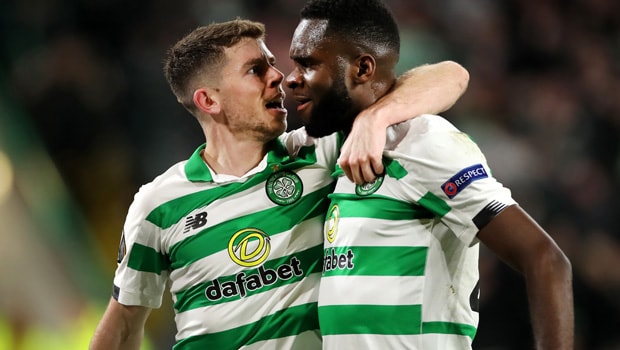 The most prestigious of the Scottish Cup competitions was postponed just before the semifinals last season due to the Covid outbreak in March. Those playoff games were resumed some half a year later, with Hearts, Hibernians, Aberdeen and Celtic taking part. The Edinburgh derby between the Hibs and Hearts finished after the overtime for the Hearts, who had been relegated from the Scottish Premiership, also cut short by the infamous outbreak. Celtic progressed to the final with a routine 2-0 over Aberdeen and looked clear favorites over the Hearts in the last season’s showdown.

Celtic’s troubles this season seemed like a distant memory early in the Scottish Cup final, with Ryan Christie and Odsonne Edouard taking the Premiership’s current runner-ups 2-0 up before half an hour was played at Glasgow’s Hampden Park. The Celtic were in control and it all seemed over by the half-time. Hearts only managed two shots in the first 45 minutes, while Celtic threatened their former keeper Craig Gordon for nine times.

But the second half started another nightmarish period for Neil Lennon’s struggling squad. Hearts forward Liam Boyce gave the challengers a lifeline only three minutes into the second half and the tides seemed to have turned for good, when Stephen Kingsley equalized on the 67th minute. Celtic still controlled the ball, but failed to create any clear cut chances only shooting twice on the Gordon’s goal. Hearts were definitely the more efficient side, scoring two of their three shots against Conor Hazard, manning the pipes at Celtic’s goal.

The score remained even until the 90 minutes was full. In the overtime, Celtic regained the control but Hearts defended relentlessly and hit back on the counter as dangerous as ever.

Coming in on the 97th minute, Leigh Griffiths seemed to be the hero of the day for the Celtic, scoring the ahead goal at the half-way mark of the overtime, but Josh Ginnelly cancelled the tally only five minutes later. It was only fitting that the final was then decided in the penalties.

Both teams were on target for the first two attempts in the penalties and Olly Lee took the Hearts ahead 2-3, with Ryan Christie stepping up for the Celtic. Christie’s powerful shot was parried by Gordon, giving Hearts the unexpected advantage. But it was not meant to be for the brave underdogs. Celtic’s backup keeper Hazard rose to the occasion, saving the two next penalties and with Michael Johnston and Kristoffer Ajer slotting in their respective chances, Celtic finally prevailed.

Celtic recorded some history with the win, making it a quadruple treble for the 2019/2020 season. Their struggles during 2020/2021 were put aside only for a while though and the team is already preparing to their busy end-of-year schedule, where they host Ross County on 23rd, visit Hamilton on the Boxing Day and finally face Dundee Utd at home to square off the year on the 30th.