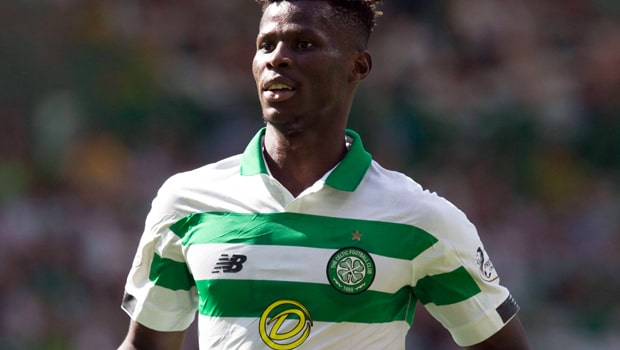 Celtic shoved aside Partick Thistle to win their 29th successive domestic cup tie and in doing so reached the semi-finals of one of their favorite cups.

The floor was opened by Vakoun Issouf Bayo who scored his first goal for the Hoops via a beautiful header. Tom Rogic then put in the second just one minute after the interval.
Rogic was making his first start since his return from the sidelines due to injury and marked it with his brilliant showing. Moreso was in front of goal, slotting his left-footed finish into the bottom corner to make it 2-0.

Partick Thistle, who play in Scotland’s second-tier league, thought they had gained some ground when Tam O’Ware thumped in his header. However, it was soon ruled out for offside.

Olivier Ntcham then broke the hearts of fans of the second-tier club with a seven-minute brace, ultimately shattering Thistle’s hopes of staging any miraculous comeback.

His shot went in the direction of goal like a Dothraki would charge. He sent a fierce, rocket 35-yard ball goalwards to make it three.

He then added another only three minutes later. The dazzling Frenchman this time chose finesse over power. He danced through a couple of Thistle defenders before placing the ball in between Sean McGinty’s legs and in off the post to add a fourth.

Fans of the Hoops cheered on as Sinclair was brought onto the pitch. Their roars were even louder when the substitute added another to make it five for the home side.

Sinclair, who is known for good positioning, once again found himself on the receiving end of a good ball and made no mistake about it. Following his goal, he celebrated with so much emotion like it was his debut goal.

Celtic can be said to have their names written on that Cup as they have won the competition three times consecutively. The Cup is in fact only one-third of their domestic treble.

Thistle, who sit bottom of Scotland’s second division, troubled Neil Lennon’s men in the first forty-five minutes only to fade away some minutes later.

Celtic FC are backed at 2.40 to win the Scottish Cup, while fellow contenders Rangers FC are available at 4.05.