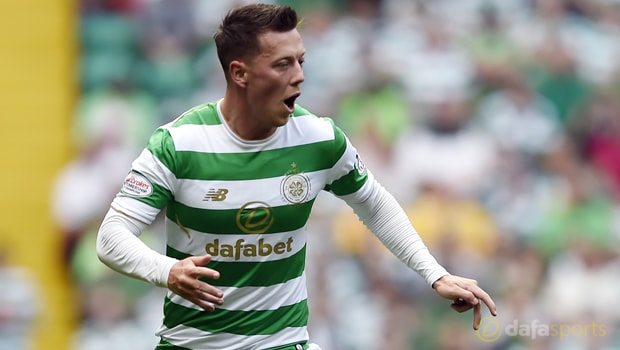 The Scottish champions open the group stages with a home clash against an expensively assembled PSG side next week.

The Parisians forked out a world-record fee to snare Neymar from Barcelona and also added Kylian Mbappe and Dani Alves to their squad.

McGregor is well aware of the talent PSG possess, but he says Celtic are ready to take the game to the French giants when they arrive at Parkhead.

He said: “I’m really looking forward to it. It’s a massive game and the start of the Champions League proper. There will be a lot of big teams coming to Celtic Park and a lot of big nights.

“You look at PSG’s squad and there is a mountain of talent – and big price tags, too. So it’s a great for us to test ourselves at this level.

“It’s tough facing someone like Neymar, everybody knows he’s a top player. He can go inside or outside and it can be hard for defenders to read what he’s going to do.

“He’s come with a big price tag, but he’s started really well for PSG so will be coming here full of confidence.

He added: “When the game comes around on Tuesday we will show these guys respect.

“But at the same time we’re on the pitch too and deserve to be there, so we need to show our talent.

“We’ll have a game plan to impose ourselves on the match, we won’t just be standing back watching them.”

Celtic are in domestic action on Friday as they head to Hamilton and the Glasgow club are 1.25 to pick up all three points.