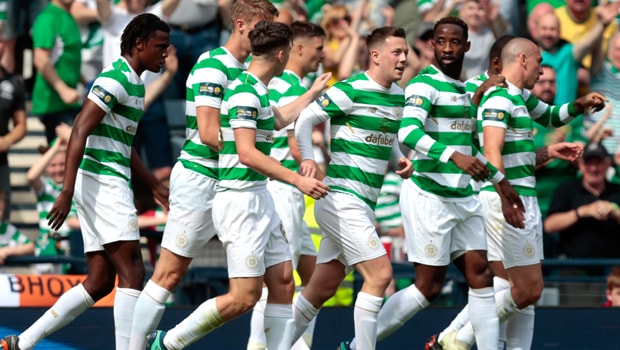 Callum McGregor says Moussa Dembele and Odsonne Edouard can be key for Celtic in their Champions League qualifier against Alashkert.

The Scottish champions begin their qualification campaign in Armenia on Tuesday.

McGregor feels French forwards Dembele and Edouard will be vital for Celtic in the season ahead and he hopes the duo can fire the Bhoys into the second round, where they would face either Norway’s Rosenberg or Valur of Iceland.

“When you see Moussa and Odsonne up front, it puts fear into teams because they have power, pace, angles, everything,” McGregor told the club’s official website.

“They’re a hard two for anyone trying to defend against them and we know if we get the ball up to them as quickly as possible, they will do their thing.

“Playing in midfield behind them, you have so many options. You can spin one in behind them, play it to feet and go again.

It’s a great platform for the midfield boys to play off. You can run beyond them as well because you know they’re going to hold it up and give you something work with.

“It’s great to have that kind of firepower up front. With those two there at the top of the pitch, you’ve always got a chance of scoring, and that’s something we’re trying to work on again this season, scoring more goals.”