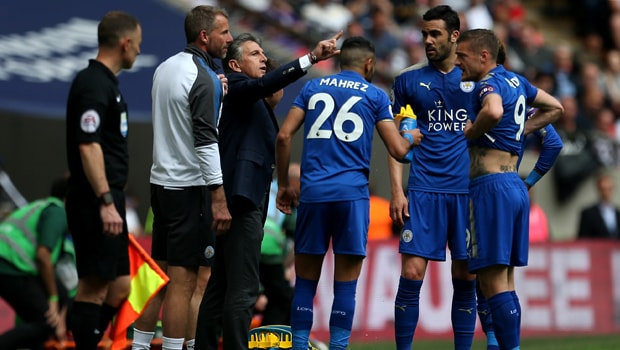 Leicester boss Claude Puel has called on his younger players to stake a claim for a first-team spot during pre-season.

A number of Leicester stars are yet to return for pre-season following their international commitments at the World Cup in Russia.

England pair Jamie Vardy and Harry Maguire may not be back for the Foxes until around two weeks before the season starts if the Three Lions reach the final, with Gareth Southgate’s men up against Croatia in the last four on Wednesday.

Puel has no concerns over a lack of pre-season for some of his bigger names however, and he says it represents a good chance for other squad members to make a statement in their absence.

He told the club’s official website: “With 12 international players coming back later, step-by-step they will come back with us.

It’s a good opportunity for young players to show their quality and perhaps to come for the future with the squad.”

He added: “It will be difficult to manage all of the international players when they come back because it will be important to find again the good focus and good concentration.

“For the World Cup we know it’s a great competition. It’s always difficult for international players to come back and have the first day and first week with good concentration.

“For some players with England [Vardy and Maguire], perhaps they will come back just 15 days before the beginning of the season, we will see. But I hope they can play a long time and they can win the World Cup of course!”

Leicester begin the new Premier League season with a tough trip to Manchester United on August 10 and they are 9.00 to open their account with a win, while Puel’s men are 29.00 to secure a top-four finish.