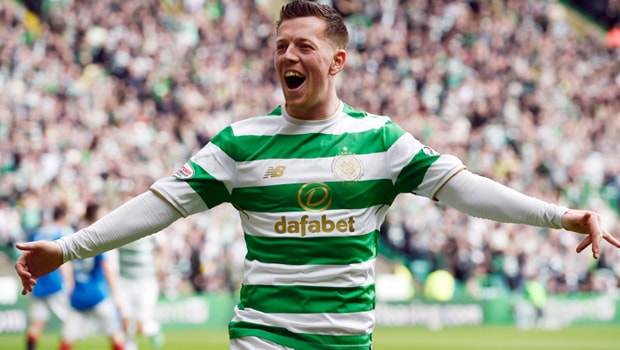 Callum McGregor is confident that Celtic will progress past Rosenborg in their Champions League qualifying second round tie as they go into Wednesday night’s away leg with a 3-1 lead.

Brendan Rodgers’ Scottish champions return to Trondheim in Norway in a better position than at the same stage 12 months ago when they had been held to a goalless draw in the first leg in Glasgow.

However, James Forrest scored the only goal of the game late on to move them a step closer to the lucrative Champions League group stage and McGregor insists the players will use that experience to spur them on in this latest encounter.

AEK Athens await Celtic in the qualifying third round and, while McGregor expects them to make it through, he is still wary that Rosenborg will provide a stern test.

He said: “Everything is familiar. We’ve been here before – same hotel, same stadium – so we know what we need to do here to come and get a result.

“Make no mistake, it’s a hard process to go through as you play against some good teams, but this group of players and with the manager, we are confident if we prepare properly and play well.

“We had a good result last year as well and that breeds confidence in the players to know that we can come and get the job done.

“We need to come here and see the job out, but in these ties you can never rule out an early goal which can change the game.

“So we’ll come here and be professional and we’ve prepared well, and we just have to try and draw on that experience from last year and try to get a positive result.