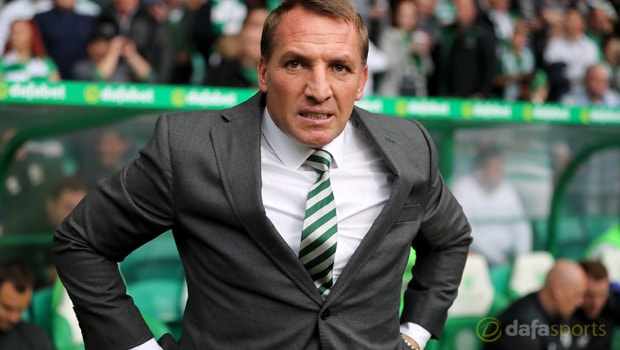 Brendan Rodgers has underlined the importance of Celtic establishing a first-leg advantage during their Champions League play-off tie against Astana.

The two teams are set to go head-to-head in the first match at Celtic Park on Wednesday, before the return leg in Kazakhstan the following week.

Celtic beat Astana during qualifying for Europe’s premier club competition last season, and Rodgers knows it is important the Hoops secure a positive result during the first leg.

“It’s going to be a tough game for us and the first game will be important,” the 44-year-old said.

“At home, the atmosphere is incredible in the Champions League games and we’ll need that on Wednesday night.”

The Bhoys saw off Norwegian giants Rosenborg in the previous qualifying round, but Rodgers is expecting a different kind of test against Astana, who boast a number of talented players.

“We’ll see if we can get a positive result to take over there, but Astana are different to Rosenborg,” the Northern Irishman added.

“The Norwegians were a very good team, they make you work and play a really good style of football. Astana have less structure, but have individual qualities in their players.

“But we’ll go and be aggressive with them to try to get a good result. We got the better of them over two games last year with a last- minute winner. This tie won’t be won on Wednesday.”

Celtic are priced at 1.44 to secure a first-leg advantage on Wednesday, while Astana are available at 8.00 and the draw is on offer at 4.33.