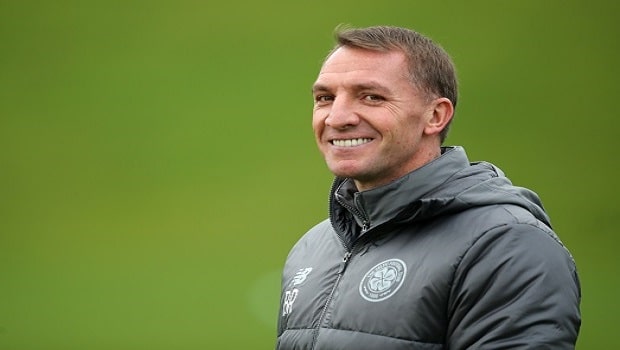 Brendan Rodgers will turn to his key performers this week as Celtic embark on a demanding festive adventure that takes them to face Aberdeen and Rangers in four days.

Rodgers admitted youngsters Mikey Johnston and Anthony Ralston were impressive during Saturday’s routine 3-0 win over Dundee at Parkhead, but he’s hoping to call on his key men come Pittodrie and Ibrox.

Odsonne Edouard, Dedryck Boyata, Mikael Lustig and Kieran Tierney will all return to the Celtic side if fully fit, according to the Bhoys manager. “They automatically come into the squad.

It’s been great to see Mikey and Tony being outstanding, but they are big players,” said Rodgers. “You can’t doubt them (Boyata, Lustig and Tierney) in terms of what they have done for me over the last two and a half years.

They have been getting better and you can’t doubt their mentality.” French striker Edouard, who missed the Dundee match on Saturday due to an abductor injury, is also deemed likely to return for the game against the Dons on Wednesday.

“We just shut him down for a few days and we’ll assess him over the next few days,” he said. “He should be okay.” With two big away days ahead, Rodgers reflected on a positive year for his team on their own patch, re-emphasising how important the likes of Boyata, Lustig and Tierney had been during that time.

“Okay, sometimes we’ll lose games. But we had 29 games at home in a year and have won 24, drawn three and lost two, to Aberdeen on the last day when we were waiting for the trophy and against a very good Salzburg side,” he added.

“It shows you consistently where these boys are at. There’s no doubt they will turn up.”